Speaking of green things... I have a great tip that I got from my sister-in-law Sara.  Both she and my brother work for Costco and a few months back she posted on FB there was a great way to reuse your old apple containers. So, being from the Northwest where the spring weather can be a bit delayed, I thought we'd try it. 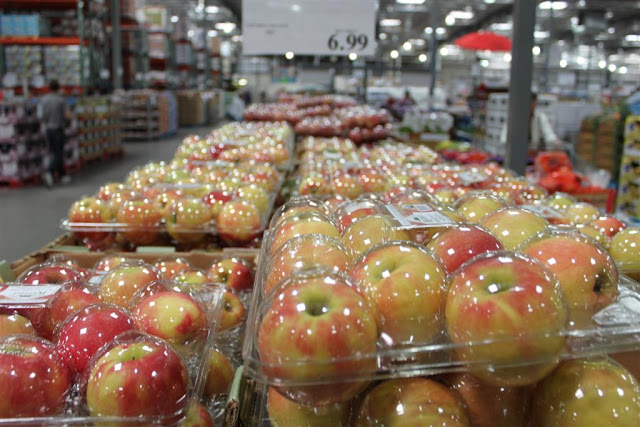 Her idea was to plant seeds in them, and then use them for starters in your garden!  Now I must say this will be the 4th year of us attempting to garden.  The first year we only grew flowers and pumpkins with our then toddlers.  Each year we have added to it bit by bit.  The second year hubby made me a raised rock garden in the back yard where we tried a number of new veggies.  Last year, he went ahead and made me a second raised rock garden and we did some of the same veggies, but added some new things as well, so by the end of the summer we had: tomatoes, carrots, cucumber, corn, zucchini, a few different kinds of peppers, artichoke, mint, rosemary, basil, lettuce, blueberries, strawberries, AND we have wild blackberries coming over our back fence, so it was quite the powerhouse of a mini garden back there.  This will be the first year we are attempting to grow plants from seeds, and thought these Costco apple cases would make the perfect place to start.

First we filled all of them with gardening soil.  We thought we'd try corn and watermelon seeds to start with. 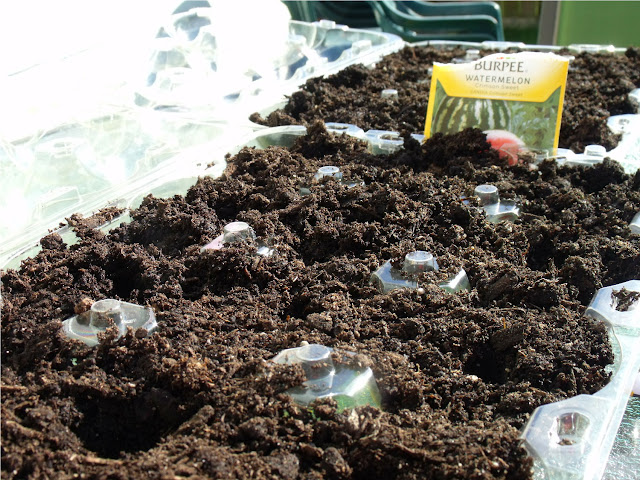 Next grab a near by four year old and have her help you plant the seeds. 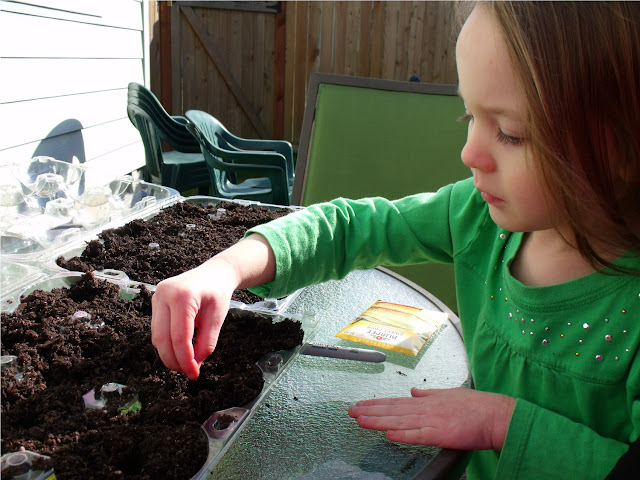 Also, be sure to have two out of your three cats come out into the backyard to "help" you organized everything.  They make great seed supervisors.
Once you get all the seeds planted correctly, have your seven year old help moisten each pod with a little bit of water.  Also it really seems to help if they don't have all their teeth for that maximum joy factor... 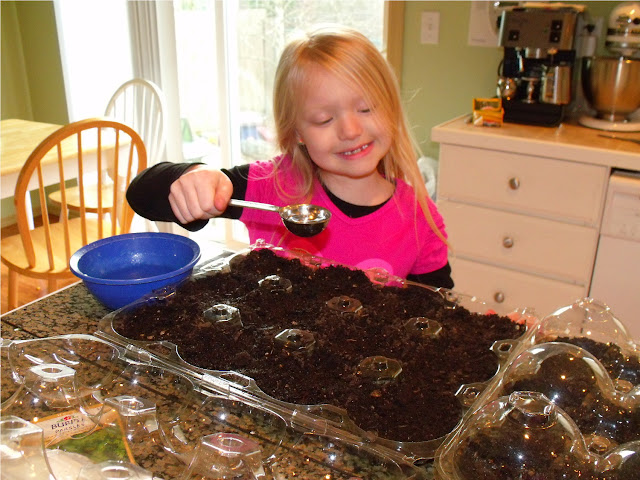 After that, place them in a sunny window. It was a tight squeeze, as our window ledge was already full of pepper plants we saved from last year, but we made it work.  We rotated them for a few days to maximize sun exposure. 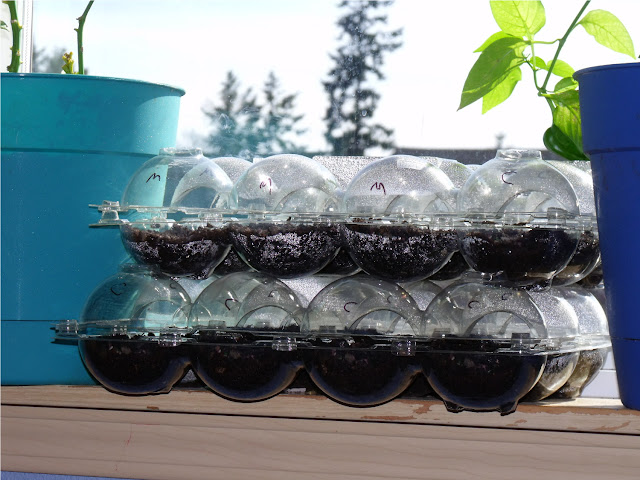 A few days later, we started to see leafy green things.  Almost every corn seed we planted started to come up!  The watermelon though, was another story.  Absolutely NOTHING came up.  We found out later that even IF something had come up, that watermelon do not take kindly to transplanting.  Plus, I'm not even sure watermelon would even like it here, as I assume they prefer it to be hot and sweaty like in the deep south.

So here they are, our little green sprouts!  We will keep you posted if they survive the transplant into the garden and how they are growing a little later in the season. 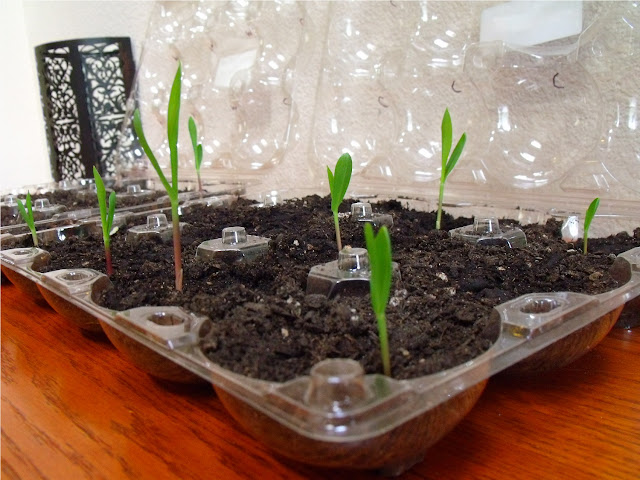 So if you do happen to have a few of these lying around, see if you can make them some recyclable seed starters.  I bet they would work great for flower starters too!

Email ThisBlogThis!Share to TwitterShare to FacebookShare to Pinterest
Labels: Gardening

Excellent post. The cats were a big help. Now I'm ready to begin a 2nd batch of starters.

Thanks for a great idea. I like gardening and recycling, so this will be fun to try down here where it is "hot and sweaty." I'll be starting fall plants inside, though, to plant after the scorching days of Texas summer are over. Blessings!
- Marcia <3