I was on Pinterest (yes, again - just can't help myself) a few nights back, and two different people that I "follow" posted recipes, almost simultaneously for white chicken enchiladas.  One was labeled as "seriously so good" enchiladas, and the other was labeled "the best chicken" enchiladas.  Was this a sign from the heavens that this was my next recipe to try?  I believe it was. Was there going to be a supreme enchilada battle of the ages over WHICH recipe I was going to attempt?  Yes. Yes there was. I checked both recipes out and they were pretty similar.  Both were pretty simple, although one seemed to have a bit more flavor added.  I decided to do a hybrid of the two recipes and see how it played out. (Full recipe and printable version available at bottom of this post)
First, summon all of your ingredients.  I liked this recipe because it had things I already had on hand for the most part: chicken, flour tortillas, sour cream, shredded cheese, chicken broth, etc.
First I mixed the shredded chicken, 1 cup of the cheese, and 2 of the minced cloves of garlic in a medium bowl 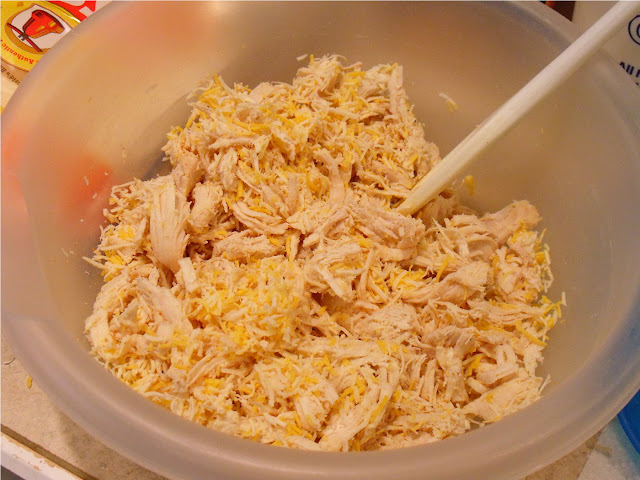 Next, roll this chicken mixture up in a flour tortilla 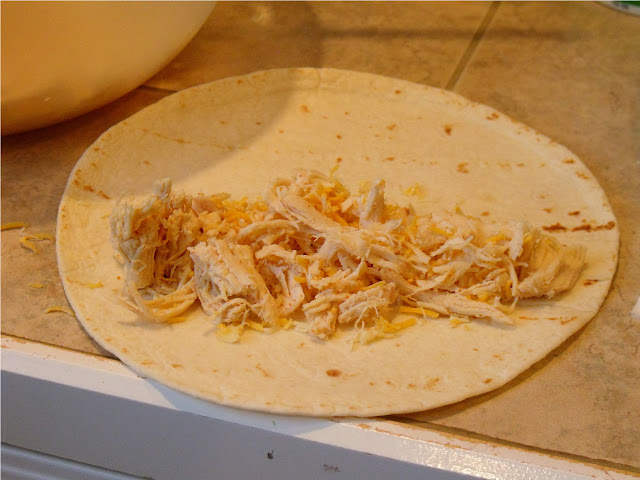 and place in a 9x13 pan.  The original recipe said I would need 10 shells, but I ended up only using eight.  Perhaps I was over stuffing?  But I do like my enchiladas on the meaty side.
Next, comes the creamy part, the sauce!  Start with melting the butter, add the flour and cook for 1 minute. 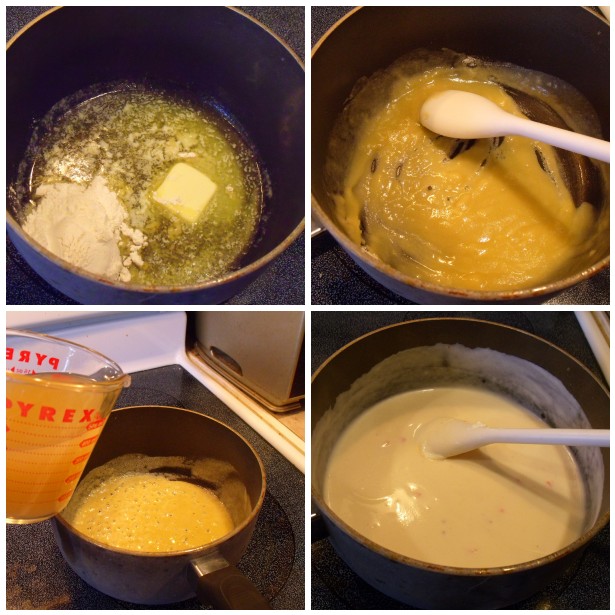 Next, add the 2 cups of chicken broth and simmer for a few minutes until sauce has thickened.  The last picture shows what it looks like after adding in the finely chopped peppers, the other 2 cloves of minced garlic, and the cup of sour cream.

(Note: one recipe called for a 4 oz can of green chilies and the other called for a diced/seeded jalapeno of which I had neither.  I did have some left over Santa Fe chilies frozen from our garden last summer, so I used those)

Add your seasonings here as well and don't under season, it will be very bland if you don't.  Also do not boil the sauce as you don't want the sour cream to curdle.  Simmering on medium is the key here 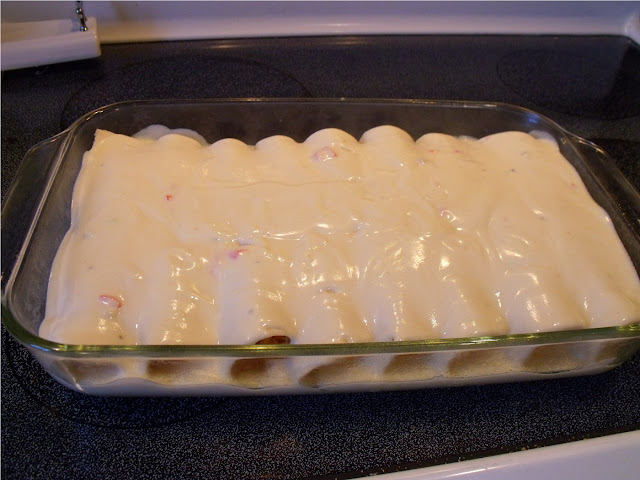 Lovely.  Then top with the remaining shredded cheese and toss in the 350º oven for 25-30 minutes. 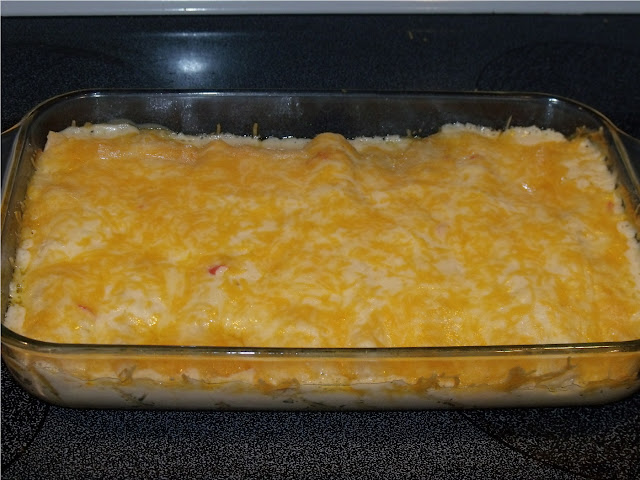 When you open the oven door, this awaits you.  Can you smell it?  Yum.  We served it with chips, salsa, guacamole, olives, and it was quite tasty. 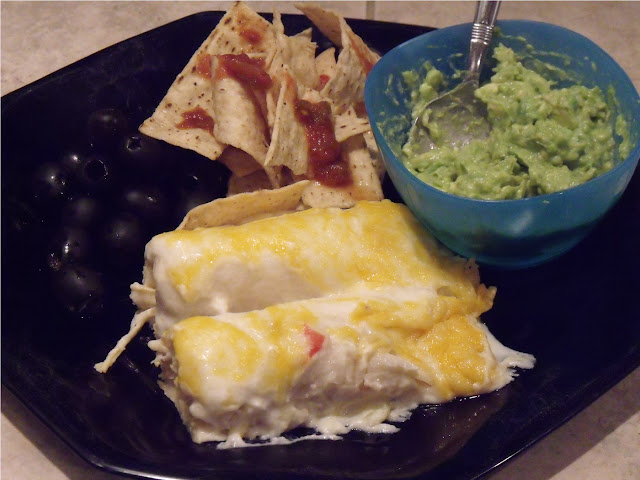 One other thing I noticed was the inside of the enchiladas was rather dry.  Maybe I like a sloppy enchilada.  Maybe I like to dip my chips in the savory drippings or something, but I think if I make this the next time, I will add something IN the chicken/cheese wrap part such as a can of cheddar cheese soup, some salsa, or some of the cooked sauced to give it more moisture.  I will keep you posted if I make this again and any improvements I come up with.

Click for a printable version of the recipe I used

Preparation:
1.  Preheat oven to 350º.  Spray/grease a 9x13 pan
2.  In a medium bowl mix chicken, 1 cup of cheese, and 2 cloves of minced garlic
3.  Roll chicken mixture into tortillas and place into pan with seam side down
4.  In a sauce pan, melt butter on medium, stir in flour and cook for 1 minute
Add broth and whisk until smooth simmer until it bubbles and becomes thick
5.  Reduce heat slightly and add sour cream, peppers, other 2 cloves of minced garlic
onion powder, and salt and pepper or season salt to taste.  Do not let boil.
Simmer on medium/low for a few minutes to combine flavors.
6.  Pour over rolled enchiladas in pan and top with remaining cheese
7.  Bake for 25-30 minutes and make sure the cheese is brown and bubbly.
Posted by Jenn at 2:45 PM