I wanted to share a cute, quick story of how we obtained Happy, our 4th kitty and his crazy unusual markings (and to wish you a happy new year)!

You might be thinking, now how does someone totally allergic to cats end up with four of them?  Well we rescued a few, and one even adopted us. (I'm most likely just a saint, who's love for animals outweighs my pesky love of breathing... that's the ticket).
FYI - I'll post our four-kitty back story at the end of this post for those that are interested),

but now onto the mysterious little story how Happy became ours.

So my middle child loves leopards. She loves cats.  She loves animals! Two years in a row she had a cat-themed birthday party.  One year was a leopard party, one year it was a kitty cat party. 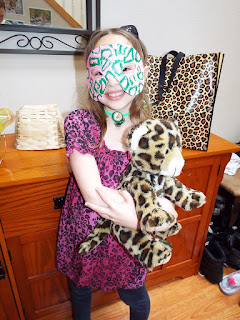 What she really really wished for was a Bengal kitten, because they look just like a mini leopard. We already had what I thought was too many cats, and of course bangle kittens can be very pricey.

Plus we weren't going to spend a ton of money on a highly energetic and expensive cat, when most of our cats were rescues. I said almost sarcastically one day to her, look, if a Bengal kitten randomly shows up on our doorstep, we can totally keep it.

As it got closer to her birthday, we though maybe we could find a kitty on Craigslist or somewhere local that needed a home, looked like a Bengal, but of course without the hefty price tag. After days of searching my husband found a very good candidate.
He was striped, with spots on his tummy, very unusual markings all over in leopard colors that were quite beautiful. He called the lady to get more information, and sadly she said sorry, someone was already coming that day to pick him up. Boo. We were pretty disappointed because he seemed so purrfect, but luckily we had not told the girls about any of this.

The very next day, she called us back and said the other people never showed up, would we like to come see him. We said YES and she gave us her address.

Check this out, she lived IN OUR NEIGHBORHOOD, down the street,

Here he is looking so sweet and tiny.

He had spots on his tummy, he looked like a mini leopard.

We fell in love.  We took him home. 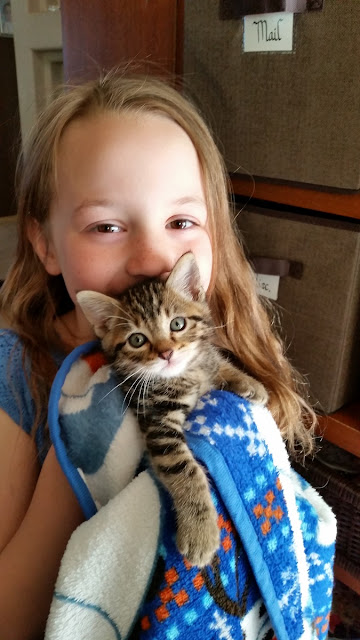 My middle child named him "Happy" because she was so very happy! (Plus, our other cats all have 'H' names (Hemi, Haley, Henry - and now Happy)


So Happy became a part of our family.  He lived up to his name and made everyone a little happier!

As he got a little bigger, we noticed something a bit unusual. His stripes formed readable letters. We were totally SHOCKED when we realized what it spelled.

On one side of his body, the word spelled out "got" (like "got milk").

I will trace the letters so you can see it better:


One the OTHER side of his body, the stripes spelled out "JOY"


Not. Kidding. His stripes spelled JOY! His name is HAPPY!!!

That's right, this random kitty who practically landed on our doorstep, who looked like a little leopard, whom we named Happy because he brought my Eva joy, has the words "Got Joy" on his body!

It's one of those goose bump moments where you just know something was just meant to be!!!

So I thought this would be the happiest of stories to start off the 2019 year with, and I wanted to wish a happy HAPPY new year to you and yours!!! 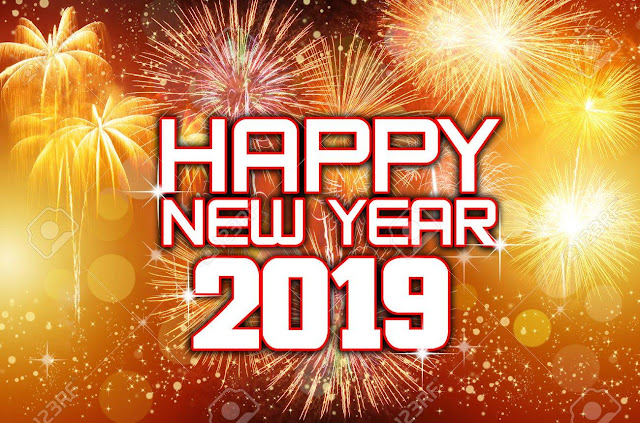 
*Here's the four-kitty back story for those that are interested:

We lived in a town house when we were first married when a feral kitty showed up at our back door. I fed him tuna because that's all I had on hand, he was hungry, and of course (well I know now) after the tuna, he never left. He was mostly an outdoor kitty and so I didn't have to worry about my allergies (he didn't want to come in). After we moved to our new house, we took the kitty with us but sadly one summer night a few years later, he didn't come home. Heartbroken we searched for weeks around the neighborhood and all the shelters with no luck. While we were at the shelter, about a month later, we did look at some other cats that needed to be adopted.  In box #2 was a little kitty that we took into a room and he instantly loved us. We decided to take him home. He purred like a little engine and so we named him Hemi.  I also thought it was a sign that he was in box #2, he was cat #2 for us.

Hemi also was an indoor/outdoor kitty, and that was ALL the cats we were going to have... because of my allergies... Ha. that's funny now.

So one day several years later, we were over at my father-in-law's house and they had a little female kitten, orange and white with blue eyes.  She was the softest, fluffiest, kitty ever.

She was a Manx breed (without a tail), and she didn't have a home. I took one look at her and told my husband (much to his shock) that she was coming home with us. I surprised myself actually, but they didn't have a home for her, the last female of the litter, and something about her said she needed to come home with us. We named her Haley. She's a sweet but very shy kitty. She only likes quiet people and adores the girls. If you come to my house you might never see her. She stays in mostly one room upstairs. She adores me.  She sleeps on my hip at night. She purrs like crazy.

Note: I think I've built up a tolerance with my allergies. I am not bothered by the cats unless I touch them and then touch my eyes or face. I just wash my hands and vacuum a lot. Needless to say I went from a dog person to a cat person since being married, which rather shocked my whole family.

So two kitties is way more than I ever planned to own. We were good. Then a few years later a very pale orange kitty followed the girls home. They kept calling him "orange kitty" but he was so pale, I joked he looked like the ghost of an orange kitty. He literally camped out on my doorstep, curled on our front mat like he owned the place. I'm not sure if there was an invisible sign outside our house that said "these people are suckers for cats" or "cats welcome" or what, but it was freezing outside and he stayed right on our front mat. I felt so bad, he was so skinny. I gave him some tuna, because I was making some for lunch (see my pattern) and then bam. He was ours.

(Note: Well we took him to the vet first to make sure he wasn't tagged or chipped, put notices out in the neighborhood to make sure he wasn't someone's pet already. When no one responded after a good amount of time, we gave him his shots and chipped him). We also gave him his name, which is officially "The Ghost of King Henry VIII" or Henry for short (mostly due to my love of all things in the Tudor period, plus his super pale color).

So that is the story of how we have so many cats.  Happy came along a few years back and completed our cat family.

So make the most of this year ahead! Adopt a pet, add a friend to the family, love each other and treat each other with all kindness - all year through!

Not only are you the best daughter-in-law but also a true cat lover. Great story.